The title and numbers are as follows:

Many thanks to Faye Landskov, treasurer of the Emanuel Haldeman Julius Collectors Club for her help and support.

Simple Recipes for Home Cooking was probably Gaylords first published work and was published while he was still attending university in Boston.

Posted by wourpet at 8:58 AM No comments:

Another blog mention of GDB

His birthday was noted...

Doctor Why: Today CXXVI
Posted by wourpet at 12:16 AM No comments: 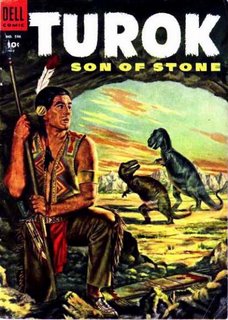 and thanks for this David -- You have done some great research over the years -- glad to have you in my corner.

This has now been corrected in the Grand Comics Database
Posted by wourpet at 11:12 PM No comments:

It is still unclear whether the name should be Dubois, Du Bois, or DuBois. Until very recently I had always thought it was one word. After being questioned on it by Larry Lowery and mentioning my thoughts to him on the spelling, I had a dream shortly after where I am certain that my departed grandmother admonished me with "Yes, Wendy, it was one word but it had a capital 'B'. " The next day I had the sense of 'aha' with me all day as I remembered him signing it that way and found several old letters, poems, etc where he had signed it as one word -- with the capital 'B'. But my excitement waned as I noticed on some manuscripts and other documents that he had typed it as 2 words. Finally I dug out his baptism certificate and if it can be considered a valid source his name is Gaylord MacIlvaine Du Bois -- 2 words. On my mother's birth certificate it is one word -- with a capital 'B'.
More information on the name can be found on the Dubois Family Association website where it is mentioned that there were discrepencies way back and there seems to have been 2 lines that handed down the alternate spellings. Click the link below for more on the
DuBois Family History
The following poem was also gleaned from the DuBois Family Association website and if read through to the end the correct pronunciation is inevitable.

Not putting much trust in the Edict of Nantes
Our Huguenot ancestors ran out of France.

But some stayed in Leyden and then, oh my gosh,
Translated the name to the Dutch Van der Bosch.

And some went to Scotland, the land of their choice,
Where clansmen corrupted their label to Boice.

But Louis and Jacques came across to New York,
Where Dutch, French and English all mingled their talk.

And ever since then, in this polygot nation,
Folks ask us, "Please, what's the right pronunciation?"

'Tis no longer du Bwa as so many suppose
And it is not Du Boys, and of course not Du Boze.

Du Boy is not right, nor is Du'Bois correct,
For the accent is not where some people suspect.

Please read this out loud so the sound of your voice
By this rhythm records that our name is Du Bois'.

Gaylord DuBois: Information from Answers.com
This entry is from Wikipedia, the leading user-contributed encyclopedia.
Posted by wourpet at 10:42 PM No comments: 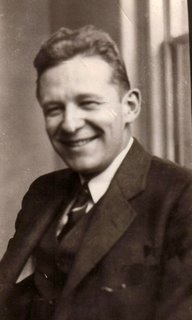 Gaylord DuBois was my grandfather. Gaylord DuBois wrote comic books. Gaylord Dubois wrote boys adventure novels. Gaylord DuBois was a ghost writer. Gaylord DuBois... well, I could go on and on so I will back up a few steps and talk about my own activities.
I am a visual artist and about 2 years ago I had an idea about portraying grandpa's career as an art exhibition. I mentioned this to an agent/friend and she immediately told me to get to work on my thoughts and ideas. I started gathering information to add to my own knowledge of grandpa, and I started collecting anything I could get my hands on -- books, comics, news articles, grandpa's personal belongings, family heirlooms, photographs, manuscripts, etc.
Each time I started thinking I was closing in on having enough inforamtion I discovered so much more about this man -- and had so much more to research and seek out. I have dozens of fans, researchers, professors, scholars, friends, etc that have helped and of course my family. To date I have accumulated a wall full of boxes and bins, piled to the ceiling and am now trying to sort it out in some sort of order. The dilemma I currently face is how to approach this as an art exhibition because of the wealth of information I have garnered in my search. Many times I have decided it was better suited as an historical exhibition but then in what venue? ... and what media?
At this point, I am starting this blog, where I will put details of his life along with details of my progress in assembling some type of exhibition. If anyone has an idea on how I should approach it please leave comments or contact me. I have many people who have been a wonderful source of help to this point. Maybe with the blog and comments there it will seems a little more like an open discussion instead of emailing so many back and forth and duplicating some info while missing out on other.
Anyway -- for now this is my feeble start. My time spent at this is erratic. If you are reading this to find out more on the man, Gaylord DuBois, stay tuned -- that will be on here too. I have historical family history back to the sinking of the Schooner Jupiter when it struck and iceberg and beyond. I have photos and letters covering much of his 93 years of life and even some of his parents, grandparents and great grandparents.
I have promised some of the fans and other contributors that I would assemble some sort of bio for their purposes and have yet to do that but the information will be appearing here. If you have an interest in being a regular contributor to this blog please let me know and I'll give you an invitation.
Posted by wourpet at 4:03 PM No comments: