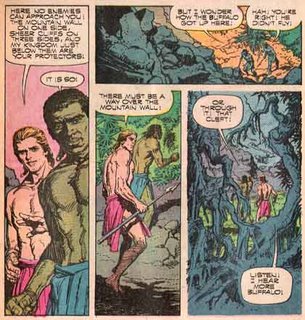 These days, stories in which black and white adventurers treat each other as equals are such a familiar sight, they're scarcely even noticed. But a half-century ago, they were quite rare. The first such series in American …
Posted by wourpet at 6:37 PM 5 comments: