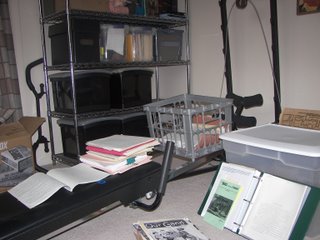 This is all I can offer at this time and if I were able to make any proclamations I can assure you they would be accompanied by the sources rather than a plea for assistance.
Posted by wourpet at 2:42 PM No comments:

"Barbera and Hanna, who died in 2001 at age 90, met at the Metro-Goldwyn-Mayer
film studio in 1937 and first worked together on the cartoon, 'Puss Gets the
Boot,' which led to the creation of famous cat and mouse friends, Tom and
Jerry."

My condolences to the families and friends of Joseph Barbera and it would seem he lived a long creative life.
The excerpt above is one more little shred of conjecture on my trail of finding the facts. "Puss gets the Boot" led to the creation of Tom and Jerry. In a newspaper interview in Florida, Gaylord Dubois said (regarding Tom and Jerry) "Yes, I created those two...".And there is more -- the dialogue of creating Tuffy with Oskar Lebeck in a phone call has been noted on several occasions and in several published places and it was my belief this was at some point after Tom and Jerry had been being published. I now have the first 'Our Gang" comic that Tom and Jerry appeared in and Tuffy is already a character.Anyone out there have anything they can add -- shed any light on this?
Posted by wourpet at 2:58 PM 2 comments: